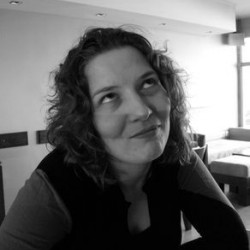 Hi, my name is Dragana, and I’m a book-o-holic. My goal in life is to read all the speculative fiction novels in the world. (or at least try)  :)

You can also find me on: Bookworm Dreams Blog

Breath-taking sequel to the Books of the Raksura series 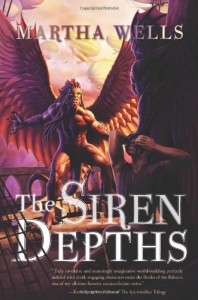 Warning: Although I always try not to reveal too much from the book I am talking about, further text will contain spoilers for first two volumes in Books of the Raksura series by Martha Wells.

The Books of the Raksura follow adventures of a male shifter Moon in a imaginary world of Three Realms. After events in The Cloud Roads

and The Serpent Sea

, Moon finally settled down as a consort to a Jade, sister queen of Indigo Cloud court. They have successfully fled from their enemies, The Fell, and reclaimed and repaired their old home. But rest is still not in the cards for Moon, because in The Siren Depths

Martha Wells will finally tackle the biggest mystery - what really happened to Moon's birth court and why was he abandoned to survive alone in the wild.

Be prepared to be left without a breath as you discover new enchanting secrets and areas of the Three Realms. There will be more floating islands, ancient ruins, underwater cities, flying boats and new unusual species for you to encounter. I was again amazed and impressed with the amount of imagination and originality that Martha Wells invested into world building. She definitely achieved a new level of high fantasy with this series. I mean, just look at the Raksura:

Yes, this is the species that main characters belong to. Wings, scales, disemboweling claws, they are definitely not something that you will encounter everyday.

A lot of Raksura's customs are weird and it takes some time getting used to their behavior. Sometimes, this did not allow me to understand or sympathize with Moon and Jade as much as I wanted to, but it's a small price to pay for such unique experience and it could not diminish my enjoyment in this series. Also I am glad that The Siren Depths

is more focused on Moon's and Jade's relationship. A lot of things about their reactions and feelings were explained and I think I understand Raksura's matriarchal society structure a lot better now.

Martha Wells wrote another breath-taking sequel to the Books of the Raksura series. Although, the ending is not a cliffhanger and all major mysteries and problems in Moon's life are now resolved, I still hope that she will write more novels about Raksura in the future. The world of Three Realms is too beautiful to be abandoned.

I recommend this book to fans of: fantasy who are looking for something fresh, unique and original.